U2 fans have much to celebrate this fall because frontman Bono is embarking on a book tour to promote his latest memoir, Surrender: 40 Songs, One Story. The much-anticipated release happens on 1st November 2022 and is supported by a 14-city trek. On Saturday, 12th November 2022, Bono makes a stop at the Orpheum Theatre in San Francisco. The event is set to feature Bono reading excerpts from his memoir and a very insightful talk about the man behind the music, philanthropy, and advocacies. If you’re a U2 fan, this is your chance to know the man who entertained the world for decades. Hurry and grab your tickets now to see Bono at the Orpheum Theatre in San Francisco! 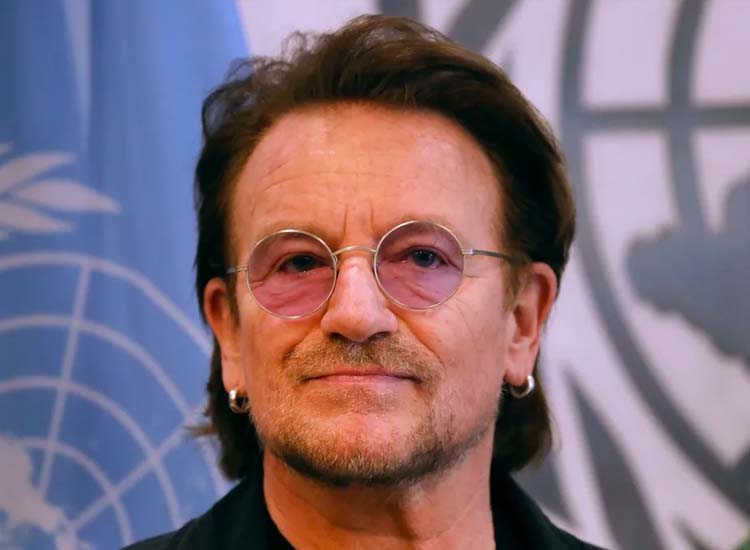 Bono is the lead singer and primary lyricist of the legendary alternative rock band U2. He and his band have made an incredible impact on music fans all over the world and has greatly influenced the next generation of musicians. Bono, who has also done remarkable philanthropy, is an activist fighting for social justice. The Irish singer-songwriter is set to release his latest memoir, Surrender: 40 Songs, One Story, this November. In the book, he shares his life behind the scenes of U2’s activities, insights, and incredible moments. This is the fans’ chance to know the story behind Bono’s phenomenal career.

Bono, a musician from Ireland, has achieved remarkable success. His five-decade career has brought many ups and downs, but indeed the world has not failed to give him and his band the proper recognition. With 14 studio albums at their helm and over 150 million copies sold, U2 has made history as one of the greatest bands of all time. Bono and his bandmates have won numerous awards, including 22 Grammy Awards, seven Brit Awards, nine Billboard Music Awards, and six MTV Video Music Awards. In 2005, Bono was also inducted into the Rock and Roll Hall of Fame as a member of U2. The induction speech, done by the legendary Bruce Springsteen, acknowledged the band’s ability to use the power of music for the greater good. Three years later, Bono received the annual Man of Peace Prize, awarded by the Nobel Peace Prize winner.

Tickets to see Bono share his memoir with the audience at Orpheum Theatre San Francisco are now available!