“A breathtaking knockout of a musical”, as hailed by The New York Times, Dear Evan Hansen is a heartwarming tearjerker commended by audiences around the world that follow the journey of a young man with social anxiety disorder as he takes on a path of fabricating a friendship with a deceased student, struggling to find a way to connect with his peers. As he goes deeper into the journey he sets foot on, life-changin challenges and decisions greet young Evan Hansen. Deeply personal and heart-wrenching, don't miss out on Dear Evan Hansen live on stage at Orpheum Theatre in San Francisco, California on Sunday 12th February 2023. Book your seats now by clicking the 'get tickets' button today! 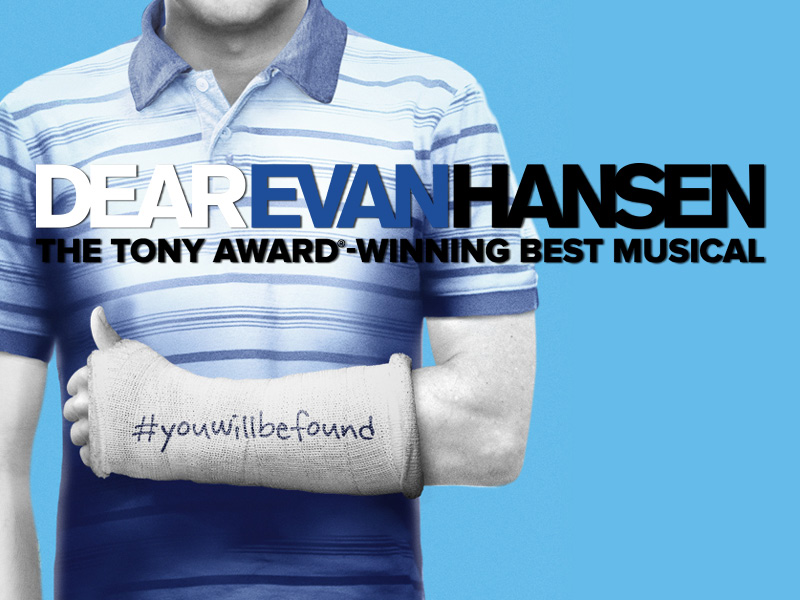 A chronicle of finding one's self amidst life's ups and downs, crossroads, and challenging decisions, Dear Evan Hansen has won the hearts of audiences around the globe for its deeply personal spectacle taking a glimpse into the life of young Hansen who struggles with a social anxiety disorder. With life feeling like it's tearing at the seams, he fabricates a friendship with a student who passed away, desiring to find a connection with the people around him. Diving into life, he faces tragedy and obstacles as he navigates a story he wrote. Reaching new heights, Evan faces crossroads where he has to face tough decisions on how he can keep up through life's storms. "A breathtaking knockout of a musical", says The New York Times, and praised as "One of the most remarkable shows in musical theater history" by The Washington Post, Dear Evan Hansen is set to make tears come running at San Francisco California, on Sunday. Book your tickets now!