Hamilton comes to Orpheum Theatre San Francisco on Tuesday 10th December 2019.
“How does a bastard, orphan, son of a whore and a Scotsman, dropped in the middle of a forgotten spot in the Caribbean by providence, impoverished, in squalor, grow up to be a hero and a scholar?”
Aaand that's just the first song!
Over the course of three hours, the answer to that question is explored through witty hip-hop tunes and rap battles, which will no doubt leave the audience satisfied. so get you tickets now! 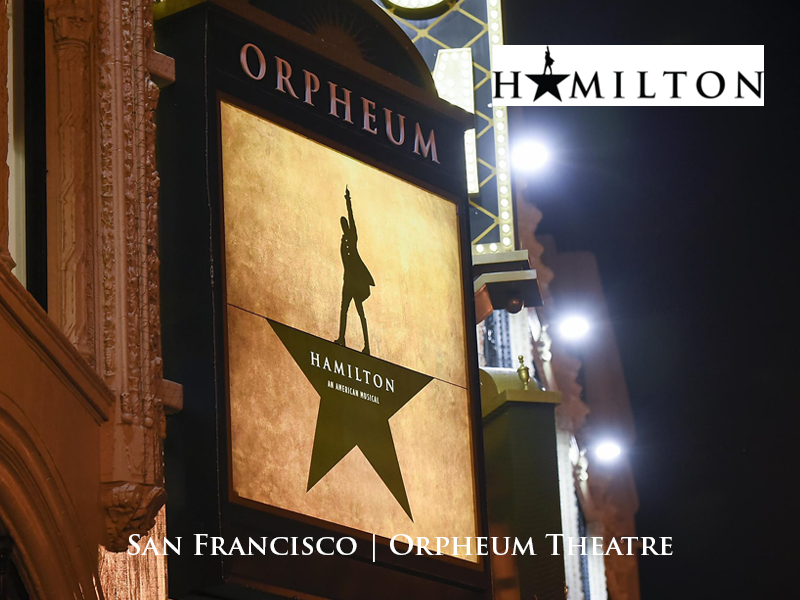 “Hamilton reminds us that our history was not preordained by some outside force or even by almighty founding fathers but eked out by the daily, uncertain decisions of flawed, selfish human beings. Lyrics like “How lucky we are to be alive right now! History is happening in Manhattan, and we just happen to be in the greatest city in the world” make you start to wonder, in spite of yourself, how the American Revolution will end.” – By Lily Janiak, SFGate
“Reviews of Hamilton tend to be exhaustingly redundant in their gushing, so let's just get this out of the way: I love this show. The music is phenomenal and game-changing for Broadway, the choreography is stunning, and the book brilliantly and compellingly relays the life story of a man whose crowning achievement was the creation of a national bank and a system for resolving state debt. That latter part, making a truly engaging show out of subject matter that is fairly tedious and dry, is no small feat.” – Jay Barmann, SFist