Hamilton comes to Orpheum Theatre San Francisco on Wednesday 11th December 2019, it follows the life of this bastard, orphan, son of a whore Alexander Hamilton, who was born in the Caribbean in the late 1700s. His dad walked out, his mother died, his cousin committed suicide, a hurricane destroyed his entire town and he managed to move to America. Aaand that's just the first song!
Over the course of three hours, the answer to that question is explored through witty hip-hop tunes and rap battles, which will no doubt leave the audience satisfied. 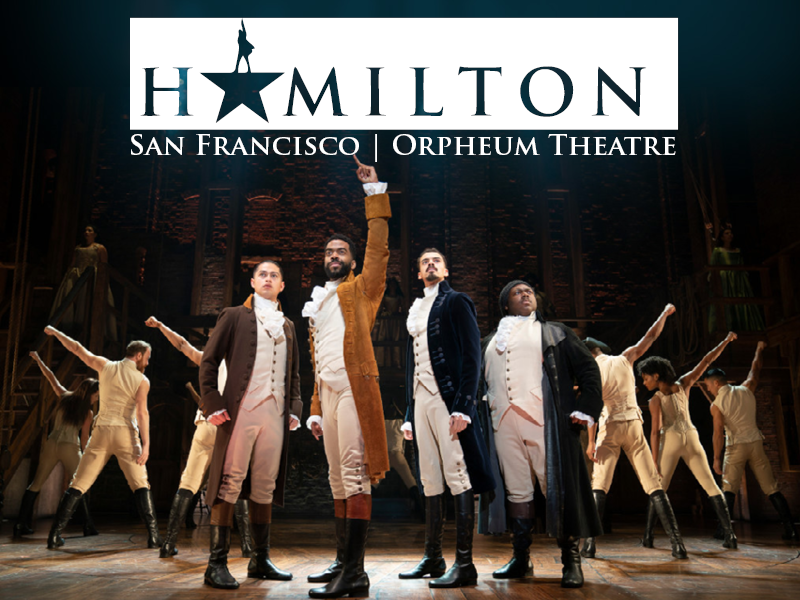 In its second San Francisco run, the national tour of Lin-Manuel Miranda's Hamilton remains an unmitigated triumph, with a cast that's even more impressive than the last one. – Jay Barmann, SFist

“If the musical makes the past more feisty, it also makes the present more weighty. In the show’s early performances (it premiered at New York’s Public Theater in February 2015, before transferring to Broadway and winning 11 Tony Awards), it might have been easy to overlook the character of George Washington (Isaiah Johnson) in favor of some of the flashier ones, like Thomas Jefferson, who in Jordan Donica’s charismatic rendering is both a froufrou dandy and the impossibly badass kid from your high school.” – By Lily Janiak, SFGate

“Reviews of Hamilton tend to be exhaustingly redundant in their gushing, so let's just get this out of the way: I love this show. The music is phenomenal and game-changing for Broadway, the choreography is stunning, and the book brilliantly and compellingly relays the life story of a man whose crowning achievement was the creation of a national bank and a system for resolving state debt. That latter part, making a truly engaging show out of subject matter that is fairly tedious and dry, is no small feat.” – Jay Barmann, SFist