A true gem of a building, and registered as an official San Francisco Historical Landmark, Orpheum Theatre was designed by prestigious theatre architect B. Marcus Priteca, as a commission for Seattle vaudeville theatre owner Alexander Pantages. Pantages was keen for the theatre to give the impression of opulence, without the accompanying budget. “Any damn fool,” Pantages is quoted as saying, “Can make a place look like a million dollars by spending a million dollars, but it’s not everybody who can do the same thing with half a million.” 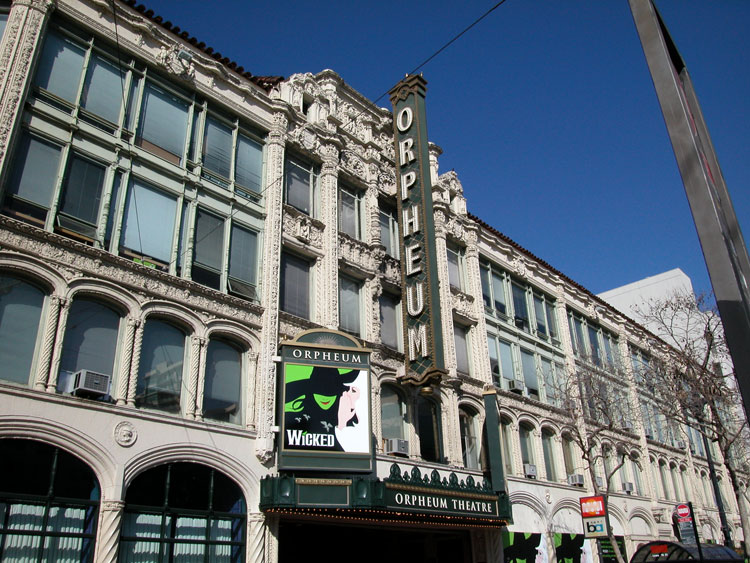 The building’s stunning interior features a vaulted ceiling, while the beautiful facade was patterned after a 12th-century French cathedral. Originally, the theatre featured vaudeville, silent films, motion pictures, musical comedy and other theatrical entertainment, before becoming the home of travelling Broadway shows.

After an initial restoration in the 1970s, the venue underwent a $20 million renovation in 1998, to allow a more suitable space for Broadway shows. The Orpheum currently seats 2,203 guests.